Pluperfect Mind [...] is a prodigiously ambitious, suite-like album that collages into a canvas of unusual breadth: a polytonal patchwork comprising field recordings, thunderous chorales, darkwave vocals, and abrupt cuts. Its disorientating compositions burn, unfurl, explode, distort, clarify, slow down, and accelerate—often within the same song—mirroring the wavy contours of queer time. Her lyrics, while often poetic and archaic, also address this liminal state head-on: “Where are my memories? Where is my childhood? Where is my tomorrow?”

A remarkably impressive album from a relatively young musician and producer, Dear Laika’s Pluperfect Mind is brimming with elegance[...] Drawing on ambient, noise and lo-fi, as well as her classical education as a singer, pianist and violinist, the music often mirrors its accompanying artwork in blending analogue and digital approaches to production. Pluperfect Mind offers a distilled and developed version of Thorn’s melodramatic baroque pop[...] There’s a roundabout callback to that 2000s avant pop era here, [Julia] Holter’s hybrid bedroom production meeting the hypnagogic synthpop of Games. But Pluperfect Mind adds earthiness, even as it very much speaks to these digitally enhanced times and the idealised promise of a natural world away from the inescapable online.

Trans women like Dear Laika’s Isabelle Thorn are making some of the most cutting-edge electronic music out there. The UK-based musician’s new single “Black Moon, Lilith,” off of her upcoming label debut Pluperfect Mind, is an arrestingly beautiful record about queer desire and the oft-murky space between gender identity and sexual attraction. Thorn’s powerful vocal melodies, vaguely reminiscent of Björk’s Utopia, dazzle atop jazz-inflected, tape-warbled piano chords. The song slowly builds and builds before erupting into a shrieking, Tim Hecker-esque finale.

Isabelle Thorn’s background as a choir singer shows not just in her searching head voice, but in the way her compositions insinuate space. Her debut album as Dear Laika, Pluperfect Mind, winds together electronic noise with acoustic reverberations, the kind of sonic spaciousness one typically encounters in cathedrals. Rather than shuttering her strings and prepared piano, she lets her synthetic gestures ring out alongside her organic ones, floating in a cavernous, empty space. Roland synths, tape glitches, and distorted samples all sound liberated here, never at odds with their acoustic counterparts but alive in mutually reinforcing symbiosis; they grow together until the difference in their origin falls away, irrelevant. Each method of instrumentation opens up another until the whole sound field is a sprawling landscape for Thorn’s voice to roam.

“Phlebotomy” or the process of drawing blood from a vein is a startling but totally apt title for the first piece of music I’ve heard from the UK-based trans experimental artist Dear Laika. A strong debut on our friends NNA Tapes the track opens with the sound of an entire orchestra being pulled through a computer speaker. Huge sighs of orchestral grandeur disintegrating into a thousand digital artifacts. This movement swells in size before Izzy Thorn’s voice completely sweeps all sound into a focal point around those eliding vowels, the contour-less ache of a cathedral-shaking voice. A “spellbinding Bach invocation about “queer time” in the context of a medical transition”. There is some kind of old magic happening here. Fans of FKA Twigs, Arca, Kate Bush, Oliver Coates and Kelly Moran should take note.

A fusion of operatic vocals, fractured electronics and technically gifted instrumental virtuosity, it's unique stuff that conjures images of frozen and druidic times. Think Kate Bush or Tori Amos with an Icelandic choir and Ben Frost on electronics. [...] Her ability to conquer complicated vocal arrangements, textured passages of experimental electronics and epic instrumental sections with similar skill is quite breathtaking.

Dear Laika is Isabelle Thorn, a 24-year-old musician from the North Wessex Downs making pop music about (among other things) dreams, time, love, loneliness, and being transgender. Having grown up singing in church choirs and listening to classical music, those influences can still be heard in Izzy’s music now: the rich harmonies of composers such as Messiaen, Finzi and Ravel have left an indelible mark on her own writing, and she freely mutates samples of Bach and Beethoven beyond recognition. Blending both digital and analogue sounds together—Roland Juno 106, prepared piano, distorted field recordings and tape-warped vocals—her resulting work is both intimate and intricate, described in The Wire as "Julia Holter’s hybrid bedroom production meeting the hypnagogic synthpop of Games" and in Pitchfork as "if the Guggenheim commissioned late-career Kate Bush to write an experimental opera".

After a succession of self-released material, Dear Laika makes her label debut on NNA Tapes and Memorials of Distinction with "Pluperfect Mind" (29th October 2021). A consistent theme of the album is isolation, both from other people and from parts of herself, and the intention to overcome anxieties and reconnect. Pluperfect Mind also chronicles aspects of Izzy’s own transgender experience, from the painful tedium of waiting for hormone treatment to the elation of finally inhabiting a body that feels right. It captures the sense of being cast adrift between an uncomfortable past and an uncertain future, living outside of heteronormativity and caught in “queer time”. Izzy’s mercurial songwriting aims to suspend the perception of time, allowing the listener to inhabit an immersive half-lit world of mystical landscapes, volatile atmospheres and shifting rhythms.

In live performance, Dear Laika has toured and shared bills with artists such as Matana Roberts, Porridge Radio, Loraine James, Ouri, caroline, and Maria BC; she has also played violin as part of caroline and guitar for Kiran Leonard in live performances. The Dear Laika discography was selected in August 2018 to be preserved in the British Library Sound Archive.

She is currently signed to US label NNA Tapes. 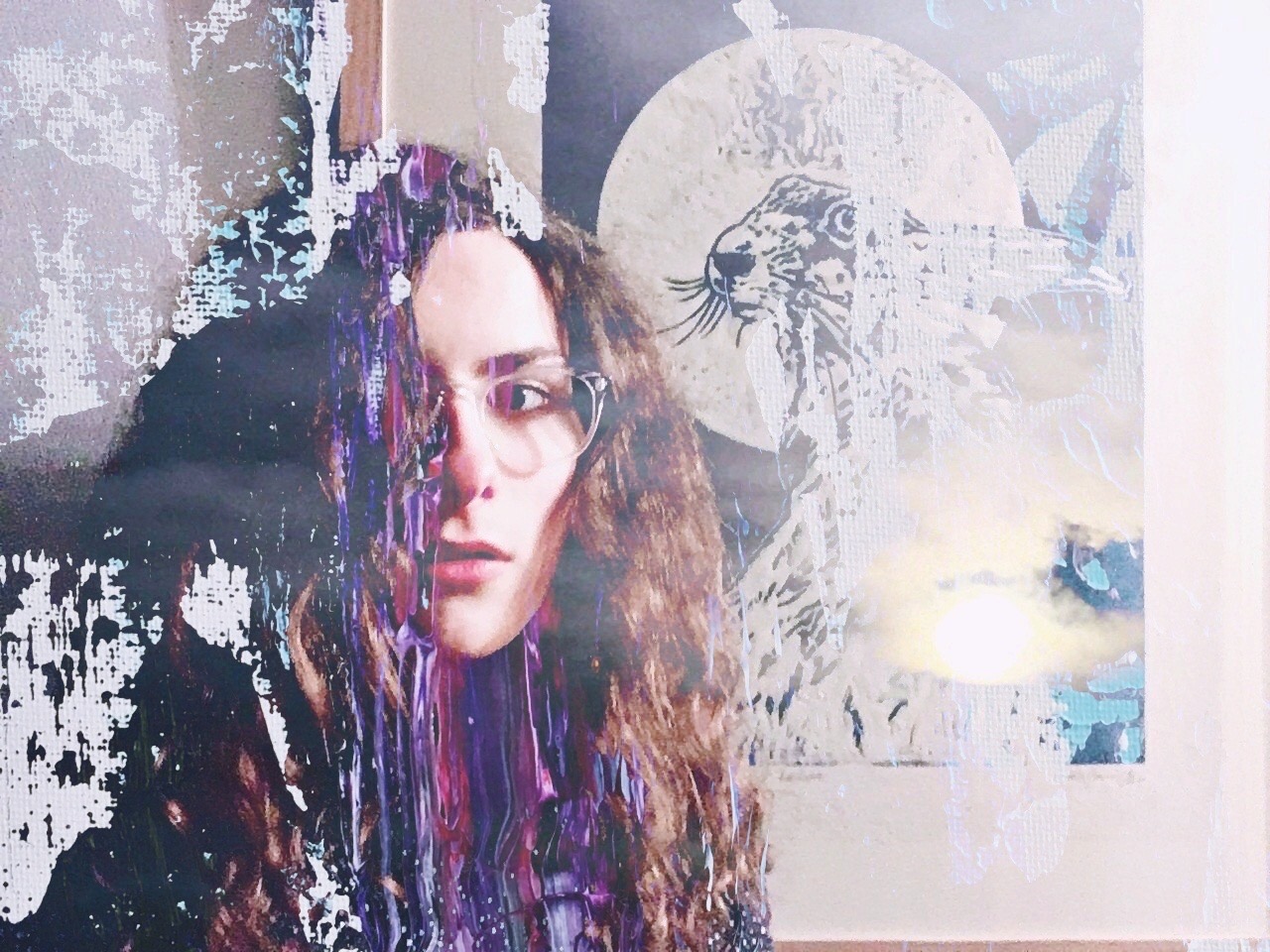 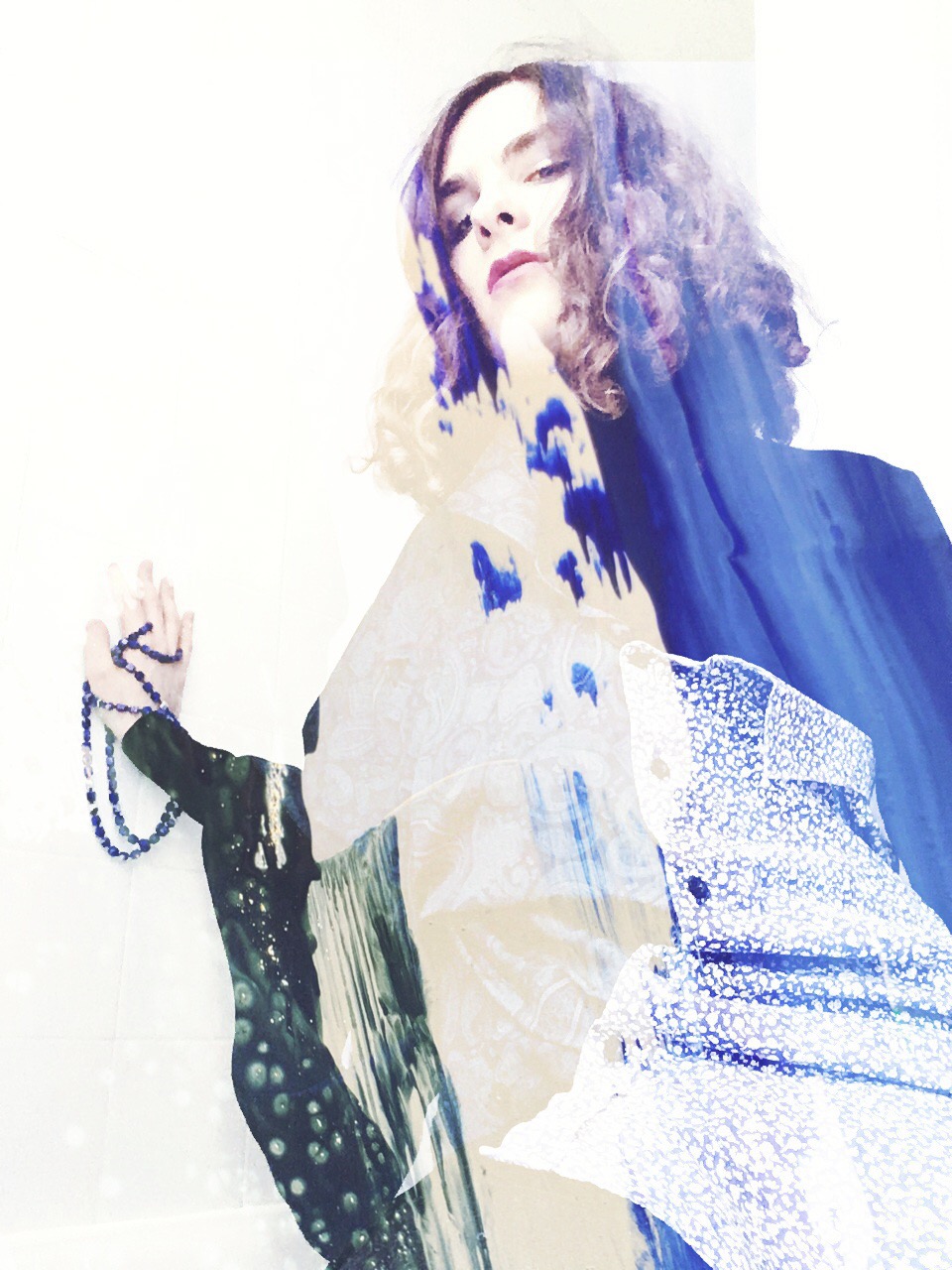